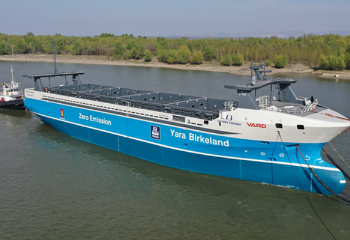 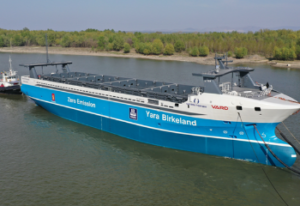 A Norwegian company called Yara International claims to have created the world’s first zero-emission ship that can also transport cargo autonomously. The Yara Birkeland electric cargo ship was first conceptualized in 2017 but now looks to make its first voyage with no crew members onboard later this year in Norway.

Yara International is a Norwegian company that was founded in 1905 to combat the rising famine in Europe at the time. The company created the world’s first nitrogen fertilizer, which remains its largest business focus today.

In addition to its perpetual battle against hunger, Yara focuses on emissions abatement and sustainable agricultural practices. While the company wants to continue finding success in feeding the planet, it believes it can also do so sustainably.

Today, the Yara Birkeland is afloat in Norway, named after the Norwegian researcher who discovered the ability to add nitrogen to fertilizer. Now, the electric cargo ship looks to complete its first journey without a single crew member onboard.

According to a report from CNN, the Yara Birkeland electric cargo ship will make its first autonomous voyage between two Norwegian towns (Herøya to Brevik) later this year. While there will be no crew onboard the cargo ship, it will still be closely monitored from three control centers onshore.

To begin, the loading and unloading of the ship will require humans. However, according to Jon Sletten, plant manager for Yara’s factory in Porsgrunn, Norway, most all operations will eventually operate through autonomous technology. This will eventually include autonomous cranes and straddle carriers that help move containers on and off the ship.

The focus on autonomy lowers to cost of operation for those transporting goods, while the fully electric cargo ship simultaneously battles carbon emissions. 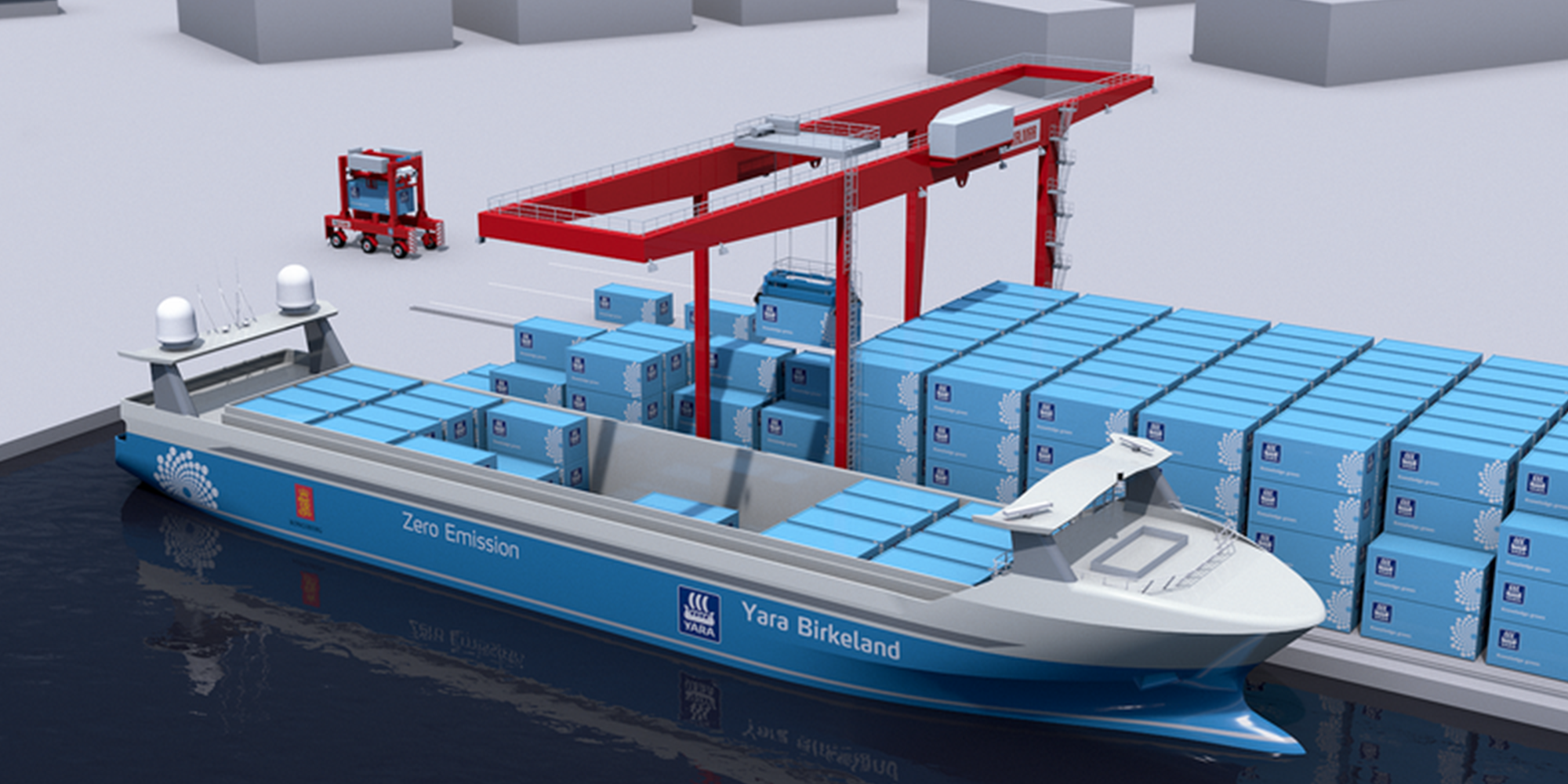 The zero-emission ship was originally scheduled to begin autonomous journeys last year, but plans were shelved due to the COVID-19 pandemic.

When the Yara Birkeland does eventually begin autonomous cargo shipments in Norway, it will be charged at the quayside before visiting harbors along the European coast and back. Sletten believes the electric cargo ship will replace 40,000 truck journeys a year.