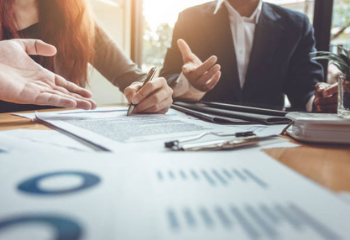 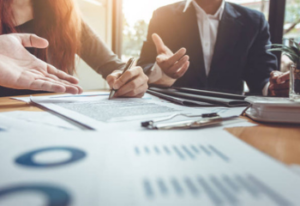 A Guide to the Financing Tool.

Companies are setting up programs to improve working capital and cut costs while disclosing few details.

The struggles of Greensill Capital have shone a light on the increasing use of supply-chain financing, a tool that gives companies the ability to extend their payment terms to vendors.
Regulators and standard-setters are closely watching if and how companies disclose their use of the financing tool, which has come into focus amid the recent problems seen at Greensill, a major provider of supply-chain finance, which plans to file for insolvency in the U.K. this week and is facing regulatory scrutiny.

How Does Supply-Chain Finance Work?

As part of a supply-chain finance agreement, banks provide funding to pay a company’s supplier of goods and services. The supplier is then paid earlier ‘but less’ than it would be paid without the agreement.
For small suppliers, the financing can provide money for their operations without having big companies extend their payment terms, potentially by months.
The company pays the money it owes the supplier to the bank, often later than it would have paid its supplier. The bank keeps the amount it doesn’t pay to the supplier in exchange for its services.
Supply-chain finance has been around for decades. Companies started using it more frequently after the 2008 financial crisis, when many businesses wanted to preserve cash on-hand by extending payment terms with vendors.
Since then, the market for this short-term borrowing tool has expanded, with banks and other providers offering digital tools to help companies manage related processes, such as procurement, according to professional services firms KPMG LLP, PricewaterhouseCoopers LLP and the Hackett Group Inc.

Which Companies Can Use Supply-Chain Finance?

Large manufacturers, such as airplane manufacturer Boeing Co., and other global companies, including soft drinks producer Keurig Dr Pepper Inc., are avid users of supply-chain financing to extend payment terms.
But there tends to be a barrier to entry for some businesses, especially those with weaker credit ratings. These ratings help determine the discount rate applied to the payment the supplier receives. The better the credit rating of a company, the cheaper it is for the supplier to participate in the program.
“Smaller companies have to just deal with the fact that their discount rates are fairly high,” said Rudi Leuschner, associate professor of supply chain management at Rutgers University.
It is unclear how many companies have supply-chain finance programs. Twenty-seven companies in the S&P 500 disclosed in their 2020 annual reports they are using the tool, up from 13 the previous year, according to data provider MyLogIQ. Between 2015 and 2019, an average of about eight companies in the S&P 500 said they used supply-chain finance.

Who Are the Providers?

Large financial institutions, including JPMorgan Chase & Co. and Citigroup Inc., are the most frequent providers of supply-chain financing. Banks provide capital and run the programs for companies.
Financial technology and logistics firms in recent years also have started to provide such funding, sometimes through a partnership with a bank, along with other invoicing and procurement services, advisers at KPMG, PwC and Hackett said.
Greensill, a provider in this space, is backed by SoftBank Group Corp.’s Vision Fund and targets lesser-known, higher-risk borrowers as well as investment-grade companies such as Ford Motor Co. and AstraZeneca PLC. It is unclear how large Greensill’s supply-chain program is compared with those at major banks.
Credit Suisse Group AG on Monday froze $10 billion in investment funds Greensill uses for supply-chain finance deals, and Greensill’s banking subsidiary then came under day-to-day supervision in Germany. Germany’s top financial regulator BaFin on Wednesday said it banned activity at the bank after an audit was unable to provide evidence of receivables purchased from GFG Alliance Group.
The financial start-up plans to file for insolvency in the U.K. this week as it works to sell its operating business to Apollo Global Management Inc.

Why Do CFOs Rely on Supply-Chain Finance?

The financing arrangement frees up cash without much cost and effort, which is an advantage for chief financial officers looking to hold money for longer. They record the owed amount as accounts payable on their balance sheet, unlike a traditional loan. Doing so makes their companies’ liquidity position appear stronger.
Coca-Cola Co., for example, has been working to better manage its payables through supply-chain financing, CFO John Murphy said in November. The company launched its program in 2014, but didn’t disclose it until last year because it didn’t have a material impact on its liquidity, Coca-Cola told the Securities and Exchange Commission. Coca-Cola made disclosures about the program in July after the SEC questioned the company about it in June.
Coca-Cola declined to name the two financial institutions it is using for its supply-chain finance program, but a spokesman for the company said it doesn’t have any involvement with Greensill.

What Happened During the Pandemic?

The pandemic accelerated the use of the tool, corporate advisers and accountants said. Supply-chain finance provided companies with a key source of cash as they were battling the fallout from the pandemic, while enabling them to continue to pay important suppliers.
“Supply-chain finance fundamentally is about managing cash. And cash is king, especially now in light of the strains we’re seeing on supply chains,” said Mark Hermans, a managing director for operations consulting at PricewaterhouseCoopers who focuses on supply-chain finance.

Where Do Regulators Stand?

U.S. companies aren’t required to disclose supply-chain financing arrangements in their filings, but the SEC in recent months has been asking some of them to provide more information to help investors assess potential risks. The regulator last June issued guidance urging companies to provide robust, transparent disclosures on supply chain and other short-term financing during the pandemic.
The Financial Accounting Standards Board, which sets accounting rules for U.S. companies and non-profits, last October launched a project to explore potential disclosure requirements. FASB hasn’t produced a proposal on the subject yet.
The lack of information about companies’ supply-chain programs impact key financial metrics used to assess the health of a business, and so can cause issues for shareholders and other users of financial statements.
“Some companies tell you that they’re participating and they tell you the size, but there’s plenty of others that don’t,” said David Zion, head of accounting and tax research firm Zion Research Group.

#supplychain, #finance, #supplychainmanagement
We use cookies on our website to give you the most relevant experience by remembering your preferences and repeat visits. By clicking “Accept”, you consent to the use of ALL the cookies.
Cookie settingsACCEPT
Manage consent