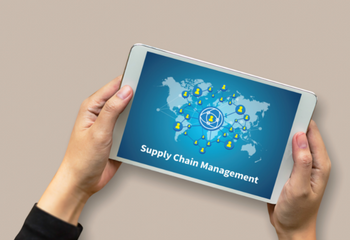 What’s next for the supply chain? An expert’s take

‘Supply Chain Management Best Practices’ author David Blanchard discusses pandemic lessons, how the SCOR model can help and why sustainability is so complex.

No matter the state of the economy, supply chain leaders need to remember the basics and stay on top of the latest thinking in the industry.

Supply chain lessons from the pandemic

COVID-19 created massive disruptions for supply chains all over the world. What are the most important lessons supply chain managers should learn from those to make the supply chain as resilient as possible?

I think [supply chain planners] are recognizing that things like analytical tools and supply chain planning software and artificial intelligence can help enhance the ability to plan for these things that no one could possibly plan for. But the basic premise for supply chain people has always been and will always be plan for the unexpected, because you don’t know what’s going to happen next.

In your section about risk management, you discussed how the Waffle House deals with bad weather, with locations almost always continuing to operate despite hurricanes. Can you share the nutshell version of that example as well as the biggest risk management lesson supply chain managers should draw from the Waffle House’s strategies?

Companies like Waffle House and Walmart and Home Depot take the proactive standpoint that we’ve got [to have] people ready to roll if disaster hits. So they deploy people from around the country to come in and help out, not just keep the stores open but kind of help out in the communities, too.

They monitor the weather with their own people as well as the national and meteorological institutes and they make sure that the resources are available on almost a moment’s notice.

They want to be known as a company that really gets it when it comes to storms and disasters and keeping the lights on.

The future of driverless cars

You’ve written that the idea of human drivers and driverless cars sharing the road “has a long way to go.” How widely do you think autonomous vehicles in the supply chain will be used within the next five years? What specifically does that look like?

The technology is way ahead of the infrastructure that is required to make that possible. I mean, we even have long-haul trucks that can move on their own. There is always going to be a human driver, not necessarily behind the wheel but sitting next to the driver’s seat so that if anything comes up, a human driver can take over right away.

However, the governments — local, state, federal — they don’t talk to each other about anything right now. To expect them to all get on board with the idea of having driverless vehicles on their roads and highways and toll roads throughout the country, it’s just not feasible in terms of the political ramifications of it.

We will see it when the costs come down on these sorts of vehicles and when the infrastructure is improved to the point that you can have these sorts of vehicles. Maybe not entirely driverless, not entirely autonomous, but [there might be] platoons of several trucks following each other along the same route. I think we’ll see a lot more of that — maybe not in five years, but maybe in 10 years.

Also, the one other thing that might make it a reality is it’s just getting harder and harder to find human truck drivers. So that could play into it as well.

It used to be plan, source, make, deliver, but over the last couple years, they’ve added return — which is like the reverse logistics — and enable. The planning is the forecasting. The sourcing is [the] purchasing, procurement end of it. Making is everything that goes into the manufacturing of a product. Then deliver’s the whole transportation and logistics part. The reason they added return is as e-commerce grows and grows and grows, what happens if you get a product and you want to return it? The sixth part is called enable. That’s just having a structure in place to make all of that happen.

SCOR is a model — it’s not a piece of software and it’s not a solution. What SCOR is trying to get companies to really embrace is the thought that [you need to] share your information between departments. [The] people who are buying your supplies and your purchasing team, make sure that they know what your bottlenecks are on the transportation side. If your manufacturing department doesn’t have enough people on the floor to make a thousand widgets or however many products you need in a day, it doesn’t really matter how many you sold. You can’t make them. Or if … you haven’t lined up enough trucks to transport your goods across the country to get it to your stores in time, then it all falls apart.

So what SCOR says is, get it all together. Bring everybody on the same page so that they’re all sharing crucial transactional data amongst all the departments.

You mention in your book how difficult it would be to create a realistic “sustainability label” to put on a product for customers. For those who haven’t read your book, why is that difficult?

People are really hoping to see companies take more responsibility for their supply chains. And supply chain doesn’t just mean the warehouse next door to your manufacturing plant. It means the farm over in Southeast Asia, or the palm oil, or the rainforest down in South America or the apparel shop in Bangladesh or in Latin America where people are being paid pennies on the dollar compared to the United States to make these products for [the] U.S. and other first-world consumers.

That’s kind of the labeling I’m talking about — the kind of specific identification of how these products are made and who exactly is responsible for making the clothes that you wear and the products that you use throughout the day. That’s a long time coming for obvious political reasons as well as [the] obvious commercial reasons that companies just would rather not talk about it.

What is one aspect of a company that sustainability-minded consumers can look at when making purchase decisions?

I know almost every public company now is expected to report on not just their financials for the year but some aspect of their sustainability efforts. So consumers can go and look at what companies are committing to. A lot of times, it’s that word commitment. The sincerity of those companies I guess is kind of left up to the consumer, as it always has been.

Just about any big company you can think of that sells a product is really committing themselves to improving their sustainability numbers. That doesn’t mean they’re fixing everything.

There are organizations throughout the world that are really committed to keeping their eye on the Unilevers and the Coca-Colas and the Nestles and all the other big companies, [saying], what are you actually doing? Are you committing yourself to just putting your goals on paper and then that’s it? Or do you go into these suppliers, make sure that they’re not sweatshops, that they’re not using child labor, that they’re not exploiting their workers, that they’re being paid a decent wage?

Some companies, unfortunately, are not.

Editor’s note: Responses were edited for length and clarity.