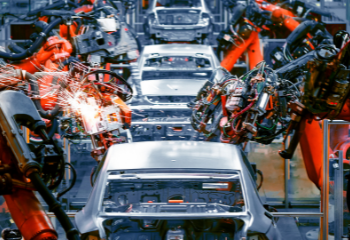 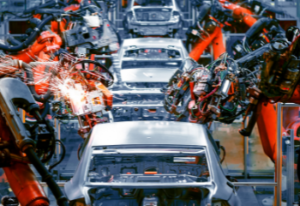 The global semiconductor shortage has highlighted the pitfalls of procuring parts right at the moment they’re needed, but stockpiling isn’t always the answer either.

After car sales slumped at the start of the pandemic, demand for new models has accelerated this year to the extent that cars are sold before they even roll off the factory floor.

While this is about demand outpacing supply, the crux of the problem is that a shortage of semiconductors is pausing car production. And this chip crunch is forcing the automotive industry to rethink how it orders and stocks parts.

For a long time, automakers relied on just-in-time (JIT) supply chains, meaning they only access what is needed, when it is needed. Toyota, which pioneered JIT and implemented it in the 1960s, has described the manufacturing model as a concept in which each process produces only what is needed for the next process in a continuous flow.

But at a time when the chips have been down for nearly the whole automotive industry, it is Toyota that has best steered clear of disruption and kept its production rate on target. It achieved this not through JIT but by taking a just-in-case (JIC) approach – where inventory is stocked up ahead of when it’s needed – to semiconductors.

In 2011, the Fukushima earthquake impaired hundreds of Toyota’s suppliers. In the wake of that disaster, the Japanese automaker decided to overhaul its supply chain and implement a risk management system. It identified semiconductors as components most likely to face delays in shipping and worked with manufacturing partners to build a stockpile.

The move paid off. Toyota outsold General Motors in the three months to the end of June, becoming the biggest automaker by sales in the US in Q2. That is the first time that has happened since Q3 1998, according to analysts Edmunds.

The JIC strategy is about maintaining a minimum inventory level and hoping stock never runs out. It can be costly if inventory is wasted, but the global nature of supply chains sometimes makes JIC a more suitable approach than JIT.

The goal of JIT is not to keep inventory low but to improve efficiency, and reduce costs and warehouse space. Parts are delivered to assembly lines moments before they need to be fitted, which allows cars to be built to order. This works well if parts are manufactured in-house or from local suppliers that can guarantee delivery on a daily basis. In the case of semiconductors, the majority of the world’s supply comes from one chipmaker, Taiwan Semiconductor Manufacturing Company. Relying on parts to be shipped from one supplier is when JIT fails.

Jennifer Bisceglie, CEO and founder of Interos, a supply chain risk management technology company, agrees: “JIT supply chains rely on the assumption that it’s a universally negative outcome for components in a supply chain to come to rest at any point.”

The production of a single semiconductor – a process that takes months – often involves hundreds of steps and has to pass through international borders dozens of times before it reaches an end customer. Many chips will also be assembled, tested and packaged in the same location, increasing the likelihood of bottlenecks or delays to shipments. This makes supply chains fragile and leaves automakers exposed.

“That doesn’t mean automakers can’t try to approach [procuring chips] in a lean manner, but it does mean there is added incentive to develop real-time visibility of their entire supply chains, so they can anticipate disruptions well in advance, and stockpile exactly as much as needed,” says Bisceglie.

Whereas JIT requires suppliers upstream to be able to provide parts on time, every time, JIC only really works if companies are continuously predicting the demand for parts and relaying that information to suppliers in real time. This can ensure that suppliers are optimising production to meet demand and prevent companies from overstocking or understocking.

“The only thing that can be guaranteed is that a forecast will be wrong. It’s how these forecasts are predicted and managed that must improve,” says Richard Sadler, director of business development at SMMT Industry Forum.

This applies to all critical components with long lead times and not just semiconductors, adds Sadler. The first step is to identify them, just like Toyota did in the wake of the 2011 Fukushima earthquake.

Bisceglie believes automakers have learnt lessons from the chip crunch and will already be reconsidering their JIT inventory approach to avoid getting caught out in the future. They will also be looking for ways to bring suppliers closer to production, so that they’re more resilient going forward.

“This current shortage is months, if not years, in the making. Automakers will be hard pushed to acquire enough chips to meet current production goals, much less establish significant stockpiles in the near term,” says Bisceglie.

While the chip crunch has highlighted the limitations of JIT and presented an argument for a JIC inventory strategy, the latter is not without risks. For instance, warehouses where chips are stocked could easily be hit by fires and inventory destroyed.

Peter Maithel, an automotive supply chain strategist, says: “It’s abundantly clear that automakers can no longer afford to run as lean as they did before the chip crunch. However, it’ll take time to find the right balance between JIT and JIC once things return to normal and demand patterns become clearer.”

The industry won’t turn its back on JIT completely, says Maithel, given how efficient the system can be. But automakers will be seriously rethinking how they procure parts.

Freelance journalist and copywriter, covering start-ups, technology and innovation. His work has appeared in The Guardian, The Telegraph and Professional Engineering magazine.