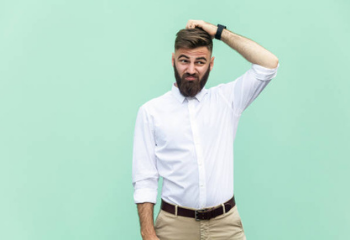 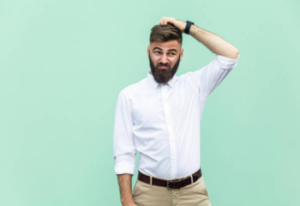 When employees share novel ideas and bring up concerns or problems, organizations innovate and perform better. Employees are often the first to see issues on the frontlines, so their input can really help managerial decision making.

Yet, managers do not always promote employees’ ideas. In fact, they can even actively disregard employee concerns and act in ways that discourage employees from speaking up at all.

This presents a paradox: Why don’t managers encourage voice and ideas from below when it is beneficial to them and their organizations?

Much current research on the topic suggests that managers are frequently stuck in their own ways of working and identify so strongly with the status quo that they are fearful of listening to contrary input from below. In a recent paper, published at Organization Science, we offer an alternative perspective: we demonstrate that managers often fail to create speak-up cultures not because they are self-focused or care only about their own egos and ideas, but because their organizations put them in impossible positions.

We found that managers face two distinct hurdles: They are not empowered to act on input from below, and they feel compelled to adopt a short-term outlook to work.

Take the hypothetical example of Jane, a production manager, who is committed to the organization and wants to do well by it. Jane knows that some of her employees, who are closer to the production lines than her, likely have good ideas that can improve workflow on the shop floor. But, in Jane’s organization, managers are not empowered to make any changes without going through a tedious central approving process at HQ. She also feels disincentivized to take time to seek improvements, since she is only rewarded on short-term successes like meeting the next deadline or target.

Now, Jane can certainly encourage her employees to speak up with ideas. But she knows that if she does, they would expect her to quickly act on those ideas, which is something she cannot do. She also recognizes that implementing new practices or changes, though helpful in the longer term, would lead to disruptions in the production flow in the short-term. With end-of-quarter production targets looming, Jane would be hard-pressed to find time to initiate conversations about change.

In our data, we found many managers who faced a similar situation to Jane’s. They often work in environments that do not provide them with autonomy to change things. They experience centralized decision structures, in which authority lies at the top of the hierarchy, and they are merely “go-betweens.” And even when they are empowered to act, they still confront demands to show success in the short-term rather than look out for longer-term sustainability. Under such circumstances, even the best-intentioned managers likely avoid soliciting employee ideas and might even stifle them.

We conducted four studies. First, we had 160 students act as managers in a behavioral experiment, where they had to supervise an employee completing a task virtually. We manipulated their sense of empowerment on the task by either providing them with very rigid task instructions or with autonomy in how they could complete the task. The students, acting as managers, had the opportunity to ask their employee for ideas or opinions. We tested whether the extent of autonomy in their role affected the student-managers’ willingness to seek input from below. As expected, student-managers in the low autonomy condition were less likely to encourage their employee to speak up and provide input. In fact, these participants indicated that they would allocate 25% less time to discuss work issues with their employees compared with those in the high autonomy condition.

For the next study, we recruited 424 working adults online for another behavioral experiment. Via a vignette case study, we asked the participants to imagine themselves as a manager who has the opportunity to seek input from employees on improving work processes in the team. We manipulated participants’ sense of empowerment by describing their work situation as one in which they had ample autonomy and influence or one in which they were limited by the rigid organizational bureaucracy. Here, we found that managers in the low empowerment condition were 30% less likely to seek feedback from their employees than those in the high empowerment condition.

We also measured the managers’ long-term orientation, or their tendency to give greater weight to long-term rather than short-term outcomes when making decisions. We found that even managers who felt empowered in the experiment but lacked long-term orientation, were no different from their unempowered counterpart — they were also less likely to create opportunities for their employees to speak up. Managers sought input from below only when they were simultaneously empowered and favored long-term success of their team.

We replicated our results in two independent surveys of actual employee-manager pairs from a wide variety of organizations in the U.S. (145 pairs) and India (200 pairs). Managers reported on their levels of empowerment at their organizations as well as their long-term orientation. Employees reported on how much voice was encouraged in their teams. The results were consistent and comparable across the two countries.

For instance, in the U.S., employees reported that unempowered managers solicited their ideas about 15% less than empowered managers. Furthermore, in both studies, managers sought more ideas and input from below when they were not only empowered but also had a long-term orientation — one factor alone was not sufficient.

We tend to blame managers when they fail to create speak-up cultures. We say that their ego or fear of change prevents them from encouraging voice from employees. But our findings indicate that it is unreasonable to ask managers to solicit and encourage ideas and input from employees when they are not empowered themselves and are asked to focus on short-term outcomes.

It is important for organizations to examine the extent to which their practices (e.g., micromanagement by the top management) are impinging on managers’ sense of autonomy on the job. It is also crucial to understand how rampant short-termism can reduce the extent to which ideas from below trickle-up to the top and get implemented. Nurturing long-term views and opening up opportunities for managers to step-away from the immediate demands of the work can help ensure that managers promote creativity and innovation within their teams. Allocating more resources and influence to those managers who display long-term orientation can reap increased benefits.

Elad N. Sherf is an assistant professor at the Organizational Behavior area of the Kenan-Flagler Business School, University of North Carolina, Chapel Hill. His research explores why employees frequently remain silent (versus speak up) about issues, ideas, and concerns, and how managerial attitudes and behaviors contribute to such tendencies.

Subra Tangirala is Dean’s Professor of Management and Organization at Robert H. Smith School of Business, University of Maryland. In his research, he explores why employees might fail to speak up when they have concerns, opinions or ideas to share, and the consequences to organizations when employees remain silent.

Vijaya Venkataramani is an associate professor of management and organization at Smith School of Business, University of Maryland. Her research interests include organizational social networks, employee creativity, and leadership.

Interested to read about similar topics? check out How Is Procurement Perceived By Others Within Your Organization?