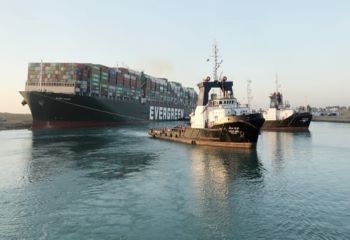 The ship that blocked the Suez Canal may be free, but experts warn the supply chain impact could last months.

Our VP’s view on recent events

Since Chinese New Year 2020, the service level of the carriers has been highly erratic, initially caused by the rapid decline in demand due to COVID-19 related demand destruction and subsequently the unexpectedly rapid recovery of trade volume. For the first time since I can remember carriers have been able to align their capacity perfectly to the decline but when the recovery took shape containers were in the wrong location, vessels were in the wrong location and ports quickly clogged up. Where there were plenty of levers the carriers used very smartly during the demand -crunch, no levers were left to cope with the recovery. So since last summer the service levels have only gone in one direction – down to depths no one thought possible. Now that this complete imbalance in containers, vessels and port-availability was gradually rebalancing, the Suez incident hit. I am afraid this throws us back several months. The initial event lasted ‘only’ 6 days, the consequences will last a lot longer. We will see this first in the main ports in Europe that will be hard pushed to cope with the vessel-tsunami heading their way. This will tie up a lot of equipment that is needed to load cargo out of Europe first, but eventually also cargo coming out of APAC in several weeks’ time. So again the equipment will be in the wrong location or not emptied quickly enough. The expected decline in demand after the summer will come too late to offer relief, so instead of being on an even keel again by the end of summer this single event may lead to imbalances throughout the remainder of 2021. I wonder if the graphs showing the schedule reliability go low enough to show what will happen in the next couple of months.

Let’s hope my crystal ball is too gloomy. 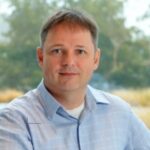 The Ever Given was pulled free from the Suez Canal on Monday after cutting off traffic in the vital waterway for six days, but experts say the disruptions to global trade will continue to reverberate. “We might celebrate the success of releasing the ship and unblocking the Suez, but that’s not the end of the story here,” said Douglas Kent, executive vice president of strategy and alliances at the Association for Supply Chain Management.

“It’s definitely going to continue to backlog ports and other delivery mechanisms as a result, and then of course the chaos that disrupts thereafter,” he added. The ship, one of the largest in the world, became horizontally wedged in the canal last Tuesday. Since then crews worked night and day to free the vessel, which at more than 1,300 feet is almost as long as the Empire State Building is tall. Ultimately, the ship was dislodged around 9 a.m. ET on Monday after more than 10 tugboats arrived on the scene, along with specialized dredging equipment and expert salvage teams all working together to free the 220,000-ton vessel.

But while traffic has now resumed in the key waterway, the repercussions after days of halted movement will continue to be felt. 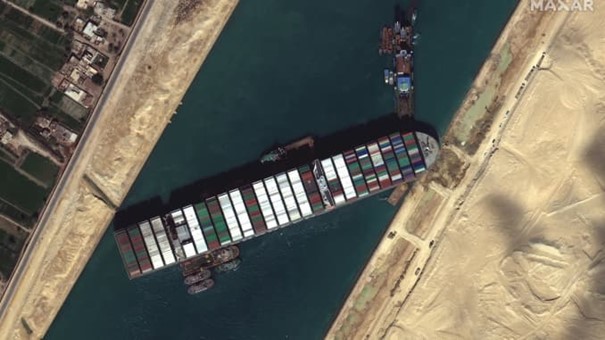 “The disruption of a week of this size is going to continue to have cascading effects … it’s got to be at least 60 days before things get sorted out and appear to be a bit back to normal,” said Stephen Flynn, professor of political science at North-eastern University. “This level of disruption cascaded after every 24 hours,” he added.

The knock-on effects include congestion at ports as well as vessels not being in the right place for their next scheduled journey. Most importantly, it further exacerbates supply chains already reeling from a container shortage amid the Covid-19 buying boom.

Flynn, who is also founding director at the Global Resilience Institute, noted that this is one of the challenges of a just-in-time system. Assembly lines will be idled because parts don’t show up when they’re expected, for example.

“It’s never been stressed this badly before, and it’s going to take a really long time, and they’re just beginning the process of sorting it out … you’ve essentially created this traffic jam that doesn’t allow you just to reset and restart — you have to restack and reset the system and that’s something that’s going to take a lot of choreography,” Flynn added.

In the hunt for efficiency and low-cost goods, ships have become larger and larger. Not all ports can handle ships the size of the Ever Given, creating concentrated systems.

Ships of this size might sail from China to Rotterdam — the path the Ever Given was on — where its containers might then be loaded onto smaller ships that sail to the rest of Europe or other destinations including the United States.

In other words, smaller ports can’t just absorb the scheduling conflicts created by the traffic jam at the Suez Canal. By Monday morning, more than 350 vessels total were backed up on both ends of the Suez Canal, as the Ever Given cut off access in both directions. Shipping agent GAC said that traffic was expected to be back to normal in the next three to four days. 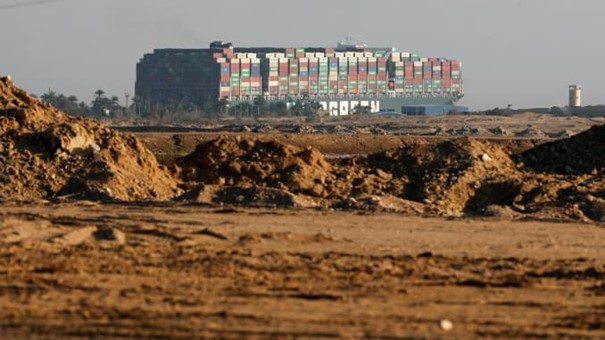 “However long it takes, the damage has been done, with carriers warning to expect months of supply chain disruption and even tighter capacity as Asia imports surge to Europe and North America,” said Mark Szakonyi, executive editor of The Journal of Commerce by IHS Markit. Some shipping companies, including Hapag-Lloyd, made the decision to reroute vessels around the Cape of Good Hope. This adds at least an additional week of sailing time, while also leading to higher fuel costs.

Toilet paper, coffee, and furniture are just some of the items that could be in short supply because of the disruptions caused by the 224,000-ton freighter’s getting wedged in the canal last week. Ikea has more than 100 containers on the ship, which could also cause constraints in its supply chain. Maersk, which carries goods for H&M, Nike, and Unilever, among others, said in its statement Monday that it had three ships stuck in the Suez Canal and 29 ships waiting to enter the canal. It had already redirected 15 ships around the southern tip of South Africa, which adds about 10 days to their journeys.

Maersk told Insider that it was “still too early to indicate the total business impact of the six days blockage” but that the company was “working around the clock to mitigate the delays.” Soren Skou, the CEO of Maersk, told the Financial Times on Monday that the Suez Canal jam, as well as the coronavirus pandemic, had forced companies to rethink their supply chains. Skou said businesses previously depended on “just in time” supply chains, whereby items were transported to factories only as they were needed for manufacturing. This required firms to predict demand.

Now, he added, they are holding more material to avoid shortages when disruptions occur. “We are moving towards a just-in-case supply chain, not just-in-time,” Skou told the Financial Times, adding that the incident in the Suez Canal would “make people think more about their supply chains.” “How much just-in-time do you want to be?” he said. “It’s great when it works, but when it doesn’t you lose sales. There’s no just-in-time cost savings that can outweigh the negative of losing sales.” He also said companies were becoming less dependent on single suppliers, which might save them “the last 5 cents on a component.” “We clearly see our customers saying we need to have multiple suppliers to make sure that one small sub supplier can’t close us down,” Skou said.

supply chain, maritiem, impact, Suez Canal
We use cookies on our website to give you the most relevant experience by remembering your preferences and repeat visits. By clicking “Accept All”, you consent to the use of ALL the cookies. However, you may visit "Cookie Settings" to provide a controlled consent.
Cookie SettingsAccept All
Manage consent