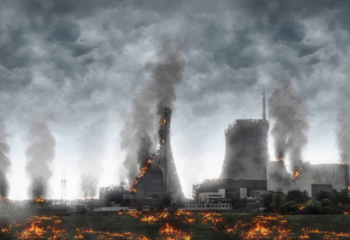 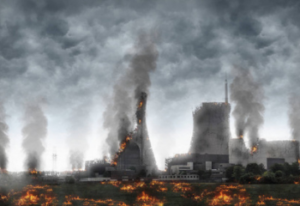 The Fukushima earthquake in Japan sent shock waves both upstream and downstream through supply chains, an academic paper published on the 10th anniversary of the disaster has found.

Supply Chain Disruptions: Evidence from the Great East Japan Earthquake by the University of Cambridge’s professor Vasco Carvalho and others showed how the effects of the disaster cascaded through supply chains.

And there were also noticeable, though smaller, effects for indirect suppliers and customers who were further from the source of the shock.
Carvalho said perceptions at the time were that while the quake had caused a slowdown of the economy, this was only modest.
This view was strengthened by the fact that the area immediately affected did not account for much GDP, with economic activity there consisting mainly of fishing, some manufacturing and the nuclear plant itself.

But the research showed the incident also disrupted economic activity elsewhere in areas of Japan that were not hit by the earthquake.
“As it turns out, supply chains acted as a conduit for generalised economic disruption, with large aggregate effects,” said Carvalho.
He believes the research adds to our overall understanding of how deeply supply chains can be affected by natural events.
“While natural disasters can send powerful shocks rippling through the global economy, economists had previously struggled to determine just how far they can travel,” the report said.

Carvalho said: “Now, we had a lot of live data to illustrate this. We could see all the connections, and we could trace the supply chains, and we could start seeing just what an impact it had, and quantify them.”
He described how the earthquake “shaved off bits of activity throughout the Japanese economy, making every supply chain in Japan less efficient”.

“It affected suppliers and customers of disaster-stricken firms, and then continued cascading through the economy, disrupting firms that had no direct business link to the affected area,” he added.

#supplychain, #risk, #supplychainmanagement, #suppliers
We use cookies on our website to give you the most relevant experience by remembering your preferences and repeat visits. By clicking “Accept”, you consent to the use of ALL the cookies.
Cookie settingsACCEPT
Manage consent