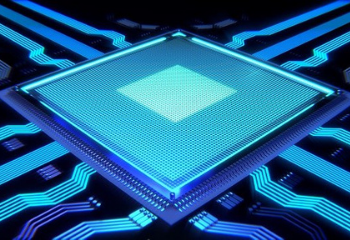 As concerns about the ongoing global chip shortage rumble through the tech and auto sectors, the EU is looking to bolster its semiconductor ecosystem.

The ongoing global chip shortage is showing no sign of abating and the latest industry leader to express concern is Apple CEO Tim Cook.

Smartphones and computers are just some of the electronics that are set to suffer from supply constraints and Cook signalled concerns about the semiconductor shortages. “We expect to be supply-gated, not demand-gated,” he said.

Cook was speaking to analysts following the publication of Apple’s latest earnings this week, which saw the demand for new iPhones send revenue and profits soaring.

But Apple chief financial officer Luca Maestri predicted a loss of between $3bn and $4bn in sales in the current quarter due to limited supplies of certain chips.

Electronics companies aren’t the only ones facing issues. There is also a pinch being felt in the auto industry, which could see car makers lose $61bn in sales.

Unsurprisingly, the Covid-19 pandemic is a major factor in the shortage. Factory shutdowns combined with a rising demand for tech during the work-from-home boom led to a chip crunch.

But there are other factors to consider. While there are many chip designers around the world, some choose to be ‘fabless’, meaning they outsource production to other manufacturers.

This has led to an over-reliance on a few key industry players, particularly in Asia through Taiwan Semiconductor Manufacturing Company (TSMC) and United Microelectronics in Taiwan, and Samsung in South Korea. This means that anything that impacts supply in these locations can have detrimental impacts on the global supply chain.

As if the pandemic wasn’t bad enough to contend with, a serious drought in Taiwan earlier this year created challenges for TSMC and other chipmakers in the country. Some industry leaders are now predicting the shortage could last a couple of years.

There are plans to boost chip manufacturing worldwide, including a $20bn investment in two new Intel fabrication facilities in Arizona and a $100bn investment by TSMC to boost its manufacturing capacity. But stakeholders are now looking at longer-term strategies to protect the global chip supply.

The EU has already begun making plans to reduce its dependency on the US and Asia for semiconductors. Last month, the European Commission set out ambitions for Europe to manufacture one-fifth of the world’s semiconductors by 2030 as part of a new 10-year strategy.

Reuters reported on the 29th of April that the EU is also considering the creation of a semiconductor alliance with STMicroelectronics, NXP, Infineon and ASML to help cut dependence on foreign chipmakers.

Ireland is one of the signatories of the declaration, which aims to bolster Europe’s processor and semiconductor ecosystem.

“Ireland is sending a strong signal to industry and to Europe that the Irish Government is committed to building on Ireland’s strengths in microelectronics and will engage with opportunities to work with other member states to drive EU leadership in processor and semiconductor technologies,” said Minister for Trade Promotion, Digital and Company Regulation Robert Troy, TD.

“Ireland has an excellent track record in the area of microelectronics, in particular, in research, design and the fabrication of semiconductor wafers and silicon microprocessors.”

supply chain, needforchips, inkoop
We use cookies on our website to give you the most relevant experience by remembering your preferences and repeat visits. By clicking “Accept All”, you consent to the use of ALL the cookies. However, you may visit "Cookie Settings" to provide a controlled consent.
Cookie SettingsAccept All
Manage consent