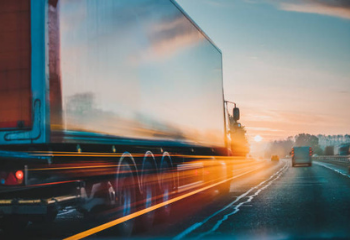 France recently announced it will start enforcing a European rule that limits cross-border traffic within the EU to 40 tons, despite 44 tons being allowed both on its territory and the territory of the Benelux.

Based on European directive 96/53/EG cross-border traffic is limited to 40 tons except for the road-leg of multimodal transport. Until recently this rule was not enforceable in France as the French legislation didn’t foresee any sanctions for this infraction. The max allowable weight in France itself is 44 tons, just like is the case in Belgium, so cross-border traffic of 44 tons was condoned. But with a new addition to the French traffic-law, this situation has now come to an end. When French police can logically deduce a transport is intended to be cross-border, e.g. based on the CMR, and the weight is above 40 tons but below 44 tons, a fine will be issued and the excess weight will need to be unloaded. So this doesn’t just apply during actual border crossing. This leads to the absurd situation that transport with a weight between 40 tons and 44 tons is legal in both Belgium and France, but if it is between both countries it is not. If this is observed on French territory by the French police, they can stop the transport and fine the driver. Furthermore the responsibility is transferred to the shipper, who can equally be held accountable.

Belgian traffic law has not yet adopted this European directive, so the reverse situation is not punishable at this time.

This new French legislation is expected to be applied later this year, at which time French police can start enforcing it.

As France is well within its rights, as it is only applying European legislation, the only way to rectify this situation is by a change in the European law. Despite several attempts in the recent past, this has not been successful.

Supply Chain Masters wants to inform its members on this new development and will continue working with Febetra and ESC to try and remedy the situation. We will keep you aware of any developments.