The food supply chain in the developed world is changing rapidly due to new technology, ranging from drones to sensors. So here are some innovations at the cutting edge. 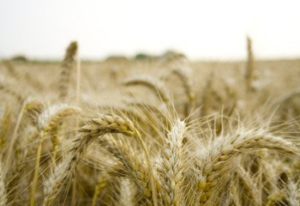 The farming industry, like many others at the moment, is in a state of flux. While under mounting pressure to increase the amount of food being produced, anxiety over poor nutrition and rising global obesity levels are also having an impact, not least in the court of public opinion. The same is true of environmental concerns.
But the COVID-19 crisis is also playing its part too. Brian Doyle, Future of Food Innovation Lead at management consultancy Accenture, explains:
COVID to some extent de-robed the emperor as channel disruption meant the public became more aware of just how vulnerable the food supply is, which at a macro level is likely to accelerate transformation. For example, people will now look for more local solutions and expect greater transparency in the supply chain.
But one of the challenges facing the industry is that this supply chain is a broad and complex one, covering everything from food producers and processors to manufacturers and retailers, all of which are automating and changing how they operate in different ways.
An example of one of the catalysts for change at the food production level is precision agriculture, which is defined by McKinsey & Co in a report entitled ‘How big data will revolutionize the global food chain’ as a:
Technology-enabled approach to farming management that observes, measures and analyses the needs of individual fields and crops.
The focus tends to be on inputs, such as fertiliser and pesticides, and on applying them at the right time in order to optimise performance. But supplementary technology, such as drones, is already being used on some large arable farms to spot disease on high-value crops, such as strawberries, so it can be targeted.
Decision support systems that can detect the risk of plant pests and diseases based on weather conditions are also expected to appear later this year, while cameras that employ infrared or ultraviolet light to spot diseases that are invisible to the naked eye are predicted to emerge in the next two or three years.

Richard Glass, Innovation Hub Lead at Crop Health and Protection, which is one of four national agri-tech centres funded by Innovate UK, explains the rationale:
It’s more than just about increasing yields. There’s also the economics of it because, rather than spray the whole field, you may find you only need to spray 30%, which reduces cost and is also better for the environment at the same time. So farmers can potentially increase their yield, quality and profits. There’s also the issue of pesticide resistance, which means that more farmers are starting to use biological products, and with those, you have to get the timing absolutely right.
But the use of this kind of technology is now starting to move indoors too in a bid to boost the amount of food being produced, particularly in less fertile areas of the world. One example of an organisation that is doing just that is Pure Harvest Smart Farms in the United Arab Emirates, an arid country that imports up to 85% of its food from abroad due to the limited winter period in which crops can be grown in the fields.
The business, which was first set up in 2015, was joined three years later by international expert, Jan Prins, who is now the company’s head grower. He started building a proof-of-concept greenhouse in April 2018 with the help of Dutch company Certhon, which specialises in designing and constructing turnkey greenhouses for the horticulture industry. The aim was to demonstrate that it was possible to use a climate-controlled greenhouse in the middle of the desert to grow food in an economic and sustainable way. Prins says:
We’ve now proven the business case – our output is six or seven times higher and our water consumption five or six times lower than local producers, although it’s slightly higher than in Europe, and we produce 10,000 tomatoes a week. It’s less than 1% of the total market so far, but our ambition in the next 5 years is to capture 20%. We’re positioning ourselves between low quality, cheap regional products and very expensive, imported goods as a premium product at a better price.
In order to achieve this goal, the greenhouse employs everything from hydroponics to software and sensors that monitor temperature, humidity, water moisture around root zones and even photosynthesis levels. The facility now grows tomatoes on a year-round basis, which are sold directly to retailers and some hospitality companies, although the goal for this year is to expand production to include strawberries and lettuces.
The opening of other similar greenhouses is also scheduled to follow, including one in Saudi Arabia later this year and another in Kuwait in 2021. The latter is intended to grow cucumbers and berries, which include strawberries and raspberries, and possibly bell peppers, aubergine and leafy greens too. Prins says:
No one’s done this before – we’re using technology that’s readily available on the market but no one has ever put it altogether in one greenhouse like this. Our software takes outside conditions into consideration when measuring what’s happening in climate terms within the greenhouse, but we had to get the supplier to rewrite its software as initially it wasn’t able to manage all the technology we needed to do it.

But Prins is not convinced that climate controlled greenhouses and other such expensive high-tech equipment is necessary everywhere in order to make a difference in food security terms. He explains:
Hi-tech can make a massive impact on the food supply, but there are some places on the planet, such as Africa and parts of Asia, where low levels of investment could make farmers less dependent on the weather and it would have a much bigger impact on food security. In the UAE, high-tech is a great solution, but in Africa, the average yield is 4kg per square metre compared to 100kg in the Netherlands. However, if you gave an African farmer a pump and a water supply, you could double their production overnight.
But there are other big food-related problems that need to be tackled too, believes Brandon Webber, Accenture’s Digital Agriculture Services Lead:
The first relates to food with purpose, so food as medicine and how health problems can be solved with nutrition, so looking at the convergence of the food with healthcare. It’s also about making things more sustainable in terms of packaging and producing food that’s more aligned to society’s values. The second is about creating a more resilient and transparent supply chain. If you can trace where something’s grown, label practices will ultimately change too, with pricing based on how nutritious things are.
To try and address these and other challenges, such as food waste, Accenture is working with a number of industry associations, which include organisations in manufacturing and retail, in order to set up a consortium. The aim of the consortium is to create an online marketplace that enables both the demand and supply side of the sector to work together more effectively based on accurate data. Doyle explains:
The marketplace would provide a supply signal of what is being produced where and when it’s available, and the demand signal would indicate what’s required when and at what price. We’re still working through consumer use cases in areas, such as nutritional information on labels, but the biggest users would be producers, manufacturers and retailers and they’d connect to the platform to work with the signals and optimise their operations accordingly.
The goal is to complete the official study by the end of the fourth quarter this year, introduce a pilot in the first quarter of next year and industrialise the concept by the end of 2021, initially most likely in the US. Webber says:
No individual company can do this alone. For a real step forward in creating digital infrastructure, there has to be collective action. It’s tricky to get this kind of thing off the ground, but there’s a belief it could work with the help of blockchain as it enables transparency and creates confidentiality. The need for confidentiality on pricing has been a stumbling block to creating a more open marketplace in the past, but hopefully as leaders become more fluent with the technology, their concerns will be addressed.

Technology, it seems, has a key role to play in solving many of the complex and difficult problems facing the farming sector and food supply chain in the developed world. But interestingly, as Prins points out, it is not always about throwing tech at the problem, particularly in the case of farmers who are not part of the agro-industrial complex. Instead, sometimes it is simply about listening to individuals to establish what their real challenges are and offering them the low-tech solutions they need to help.

We use cookies on our website to give you the most relevant experience by remembering your preferences and repeat visits. By clicking “Accept”, you consent to the use of ALL the cookies.
Cookie settingsACCEPT
Manage consent