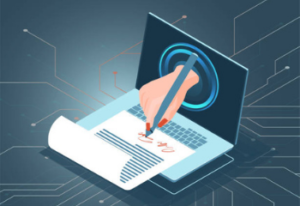 During the crisis year of 2020 a new trend has set in the formation of international economic alliances that was to a significant degree expedited by the unprecedented challenges posed by the pandemic. The emergence of digital economic agreements (DEAs) was a response to the need to forge ahead with opening markets amid the excesses of protectionism, while at the same time addressing the rising demand for digital services and international cooperation triggered by the Covid crisis. The propagation of digital economic accords may deliver a crucial contribution to bolstering the dynamism of the global economy in the face of a massive economic downturn.

Perhaps the most wide-ranging accord covering international cooperation in the digital economy area was the Comprehensive and Progressive Trans-Pacific Partnership (CPTPP) which entered into force on December 30, 2018 for Australia, Japan, Malaysia, Brunei, New Zealand and Singapore, with Vietnam joining the block in the beginning of 2019. In early 2020 (with the CPTPP accord serving as a guide) Singapore, New Zealand and Chile signed the Digital Economy Partnership Agreement (DEPA). More recently, Singapore and Australia signed the Digital Economy Agreement (DEA) (approved in August 2020). The deal envisages provisions with respect to data protection, paperless customs procedures, e-invoicing and targets lower costs in e-commerce. The bilateral agreement in effect upgrades the Singapore-Australia FTA (SAFTA) via a new digital economy chapter and is to serve as a benchmark for other digital trade agreements.

At the end of 2020 digital trade facilitation received a major boost from the creation of the Regional Comprehensive Economic Partnership (RCEP), which is currently the largest regional economic block in the world accounting for nearly 30% of global GDP. E-Commerce is singled out as a key priority in chapter 12 of the trade pact, which targets electronic authentication and electronic signatures, facilitation of paperless trading, online consumer protection as well as online personal information protection.

Singapore is one of the leading countries advancing the digital economic agreements in the world economy – so far it is part of all of the abovementioned digital economy accords. Singapore’s advances in expanding its network of digital alliances raise its competitiveness in attracting trade, investment and corporate platform activity. As stated by S. Iswaran, Singapore’s Minister for Communications and Information with reference to the creation of DEAs, “our goal is to build the necessary trade infrastructure for businesses based in Singapore to thrive in the digital economy. Companies can look forward to improved efficiency, reduced cost and enhanced trust when doing business with their overseas partners. Businesses can also better manage their global platforms and digital services out of Singapore, with an open digital trade architecture that supports secure and free flow of data”.

The use of digital platforms at the macro-level of countries and regions may also facilitate the formation of hybrid alliances at the corporate level that bring together corporates from different fields of operation to pursue priority vectors in economic integration. The formation of such hybrid alliances may be exemplified by the announcement of a joint project developed by Russia’s Direct Investment Fund (RFDI), Mail.ru, Alibaba as well as Megafon to promote e-commerce.

Of all of the different parts of the global economy Eurasia stands to benefit the most from greater digital connectivity and inclusivity, given the prominence of the “distance factor” that constrains the intensity of economic cooperation within the region. The gravity of distance is particularly costly for Eurasia’s land-locked economies – in fact Eurasia harbours 26 out of 44 (59%) of all of the world’s landlocked countries. Moreover, the scale of “inwardness” of some of the regions of Eurasia in terms of geographical location is truly unique, whereby Kazakhstan is the largest landlocked country in the world, while Bishkek is the farthest capital city from the coast in the world (all top-5 of the most distant capitals from the sea coast in the world are in Asia, primarily Central Asia).

There are several ways in which the gravity of distance could be mitigated – one is economic integration across countries and regions, another one is the creation of digital platforms, whether at the corporate or at the country/regional level.
Existing research suggests that digital platforms may exert a sizeable effect in reducing the gravity of distance: as noted by Pierre-Louis Vézina, “distance between countries impedes international trade, but it matters 65% less for trade on the eBay platform than for traditional offline trade… The online world is flatter”. The study on the role of digital platforms in reducing distance barriers (”There Goes Gravity: eBay and the Death of Distance” by Andreas Lendle, Marcelo Olarreaga, Simon Schropp and Pierre-Louis Vézina is published in the March 2016 issue of the Economic Journal) argues that the benefits from the expansion in online economy may be significant given that “online platforms like eBay lower trade barriers as they enable people and firms to connect across oceans and cultures, potentially bringing about substantial further reductions in trade costs and thereby boosting trade and incomes”.

The gravity of distance varies across sectors, with trade in services broadly exhibiting lower susceptibility to the gravity of distance compared to the trade in goods. As noted by PWC experts, “sectors that tend to be sold as part of – or embedded in – goods, such as construction and repair services, are weighed down by gravity. At the other end of the spectrum, the UK’s cultural exports, such as music and performing arts, fashion, films and TV, are examples of services exports that have strong global appeal, not just in geographically proximate markets”. It is this latter category of trade in services (music, TV, etc.) that apart from showing lower dependency on distance is also characterized by high levels of digitalization. With digitization rising further in services such as financials, education, health care, the gravity of distance is likely to be further undermined.

Yet another study focusing on the EU evaluated the importance of distance for e-commerce. This study of 721 regions in five countries of the European Union shows that while distance is not “dead” in e-commerce, there is evidence that express delivery reduces distance for cross-border demand. Most tellingly, however, the resilience of digital trade/e-commerce to the distance factor was amply demonstrated during the pandemic, when against the backdrop of increasing distance (in effective terms on the back of the restrictions associated with the pandemic) the share of e-commerce in retail sales increased markedly across countries in 2020.

In view of the features of Eurasia with respect to the gravity of distance, a common Eurasian platform for digital economic agreements may address some of the very fundamental constraints facing the region’s economies. A common platform would allow the region to attenuate the effects of severe economic fragmentation – most notably in the regulatory sphere – emanating from the sheer size of Eurasia and the multiplicity of regional integration arrangements. By consolidating regional, bilateral, as well as corporate alliances a common Eurasian digital platform would allow its members to introduce greater consistency and compatibility into the existing set of agreements and weed out the contradictions, thus providing the conditions for multilateralising existing digital arrangements and for creating new digital economic accords. The digital platform may also serve to keep track of the agreements concluded by Eurasian economies with third parties as well as provide for monitoring of compliance with the key items of the concluded agreements. Another aspect to constructing such a digital system is to envisage a role for the WTO and provide for WTO-compatibility of the various agreements included into the system.

#supplychain, digitalisering, #digital, #economy
We use cookies on our website to give you the most relevant experience by remembering your preferences and repeat visits. By clicking “Accept”, you consent to the use of ALL the cookies.
Cookie settingsACCEPT
Manage consent