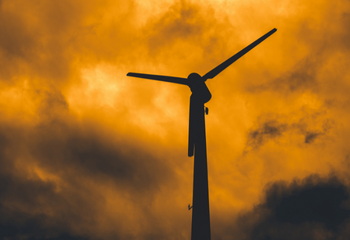 China’s energy crisis is shaping up as the latest shock to global supply chains as factories in the world’s biggest exporter are forced to conserve energy by curbing production.

The disruption comes as producers and shippers race to meet demand for everything from clothing to toys for the year-end holiday shopping season, grappling with supply lines that have been upended by soaring raw material costs, long delays at ports and shortages of shipping containers.

More than half of China’s mainland provinces are limiting electricity use.

Chinese manufacturers warn that strict measures to cut electricity use will slash output in economic powerhouses like Jiangsu, Zhejiang and Guangdong provinces — which together account for almost a third of the nation’s gross domestic product — and possibly drive up prices.

Local governments are ordering the power cuts as they try to avoid missing targets for reducing energy and emissions intensity, while some are facing an actual lack of electricity.

Clark Feng, whose Vita Leisure Co. buys tents and furniture from Chinese manufacturers to sell overseas, said electricity curbs in the eastern province of Zhejiang, where the company is based, have dealt another blow to businesses. Fabric makers in the province that are suffering production halts have started to hike prices and postpone taking new overseas orders, he said.

“We were already struggling to ship goods overseas, and now with the production capacity restriction, it’s definitely going to be a huge mess,” said Feng. “We already had to deal with so many uncertain factors, and now there’s one more. It will be harder to deliver orders, especially for the holiday season.”

Yiwu Huading Nylon Co. Ltd., a maker of synthetic fabric nylon in Zhejiang, suspended half of its production capacity since Sept. 25 in response to the local government’s order to cut electricity consumption, according to a stock exchange filing Monday. The company expects output to resume from Oct. 1 and said it will look to minimize the impact of the closure.

The power problems come after recent port disruptions in China rippled across global supply chains. Part of Ningbo port, one of the world’s busiest, was idled for weeks last month following a Covid outbreak, while Yantian port in Shenzhen was shut in May.

The energy crunch will weigh on China’s economy at a time when it’s already slowing because of factors such as stringent virus control measures and tighter restrictions to rein in the property market.

Nomura Holdings Ltd., China International Capital Corp. and Morgan Stanley have also either downgraded GDP growth forecasts or have warned of lower growth because of the power disruptions.

“Global markets will feel the pinch of a shortage of supply from textiles, toys to machine parts,” said Lu Ting, chief China economist at Nomura Holdings Inc in Hong Kong. “The hottest topic about China will very soon shift from “Evergrande” to “Power Crunch.”

iPhone assembly operations in China are beginning to reduce their energy consumption, Pegatron Corp., a key partner for Apple Inc. and one of the assemblers of its iPhone, said on Monday. The company said it’s taking energy-saving measures to comply with local government policies.

Yet the firms responsible for producing the Apple handset have avoided drastic cutbacks in production so far and appear to be getting preferential access to energy in order to keep operations going, according to people familiar with the situation.

Authorities are watching for disruption, with the People’s Daily, the official newspaper of the Chinese Communist Party, saying in an Sunday editorial that the shortages would force companies to raise the prices of goods for Chinese consumers. The government of northeast Liaoning province urged local regulators to prevent power curbs from impacting production and residential use, state broadcaster CCTV reported.

With the power crisis moving from the factory floor to people’s homes, electricity utility State Grid Corporation of China said Monday it will try its best to avoid power cuts to meet basic residential demand.

Analysts say the power shortages will inevitably impact both heavy industries such as aluminum and steel right through to downstream sectors. In the industrial hub of Guangdong, the provincial energy administration issued a notice Sunday that said large-scale cuts to factories have already been implemented.

“No one knows when the supply chain bottleneck will be overcome,” said Hao Hong, head of research and chief strategist at Bocom International. “But it is looking ominous for this winter.”

Chen Yubing, manager at Suzhou Berya Textile Technology Co. Ltd., an exporter of polyester and nylon fabric based in Zhejiang, said his company has suffered “huge losses” due to the suspension. The company’s production lines were only allowed to operate three days a week starting from early September and the latest order on Monday means it will be allowed to operate every other day. Half of the company’s sales come from overseas clients.

“We have problems delivering some orders already,” Chen said. “All we can do now is wait and negotiate with customers.”

enjoyed this article “China’s energy crisis: World’s latest supply chain threat”? you might like: China Flooding And The Supply Chain: What You Need To Know