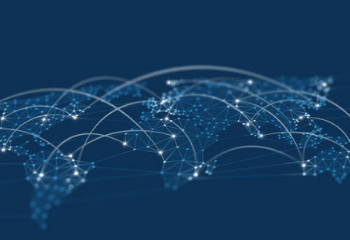 Supply chain problems in Eastern Asia (and beyond) are hardly new, but they have taken yet another twist in recent weeks. After production and shipping shutdowns, slowdowns and backlogs, industrial activity in China was just getting back toward pre-pandemic levels, and has once again faced difficulties — this time from major flooding in regions around the nation.

China Flooding And The Supply Chain: What You Need To Know

The Henan province in central China, only a few hundred miles from Beijing, is home to the city of Zhegzhou, which is not only home to robust economic activity, but a hub through which much of the country’s transportation runs, according to Reuters. Lately, it has been positively inundated with downpours. The flooding that’s resulted has made it challenging to ship much-needed materials, including coal from further-out regions.

“As Zhengzhou is a top national transportation hub and Henan province is a major producer of grains, raw materials and some manufactured products like iPhones, we believe the rainfall and flooding will have a material impact on business activity and inflation in the short term,” Nomura analysts wrote in a recent note to clients.

So far, rising waters have flooded subways, washed away vehicles, cut off roads (stranding thousands of drivers) and disrupted electric and cell phone service throughout the area, the report said. More than 100 million people live in the province — roughly equal to the combined populations of California, Texas, New York, and North Carolina — and many are already seeing prices for things like food and transportation rise.

While the short- and long-term agricultural output of the region is likely to only affect this particular part of the world, the impact seen around the globe could be substantial, according to the South China Morning Post. For example, Foxconn, which manufactures iPhones for Apple, has multiple plants in the province, including two in Zhengzhou, where thousands of workers were recently placed on leave even as its largest facility remained open.

For now, the company says, there will be “no direct impact” on that large facility, which is home to the bulk of iPhone production, but the flooding has already displaced some 1.2 million people — and more rain is in the forecast, the report said. Some of the biggest floods in Chinese history have happened in and around Zhengzhou because the city sits on the banks of the Yellow River, between two mountain ranges that generate more rain and force water downward from the mountains.

Of course, China and other countries around Eastern Europe through which manufactured goods and raw materials are shipped overseas are still trying to unwind pent-up demand from the COVID-19 pandemic, according to Foreign Policy. These floods — described by weather experts as the kind of rainfall that happens “once in a thousand years” — only add another headache. Beyond disrupting production and transport, a number of factories, including those owned by Apple and Nissan, have been “wrecked.”

This is something everyone in the supply chain needs to be mindful of, especially because major weather events of this type are only likely to become more common globally in the years ahead — everywhere in the world.